When Matt Raw was given an instruction to "get out of Wuhan" he took the advice seriously.

Exactly one year on, he wishes he had "never got on that flight" back to the UK.

Along with his wife and mother, the 39-year-old from Cheshire was among 83 Britons evacuated from the Chinese city on 31 January 2020. 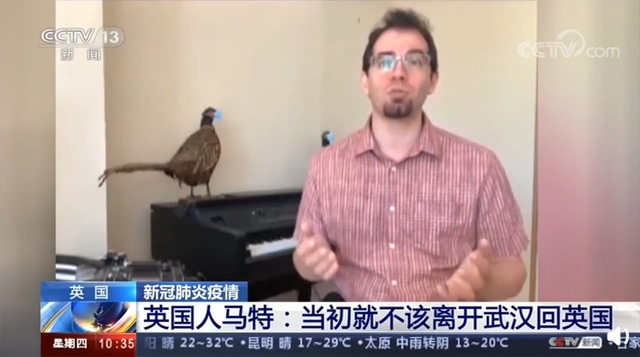 马特说：“中国在抗击疫情的行动上非常迅速，比世界上任何一个其他国家的动作都快。我原本应该相信中国能做到，我们应该待在中国，我们做了错误的决定。”([China] has acted more quickly than any other country in the world as far as I can tell. I should have trusted that. We should've stayed there. We made a bad choice.) 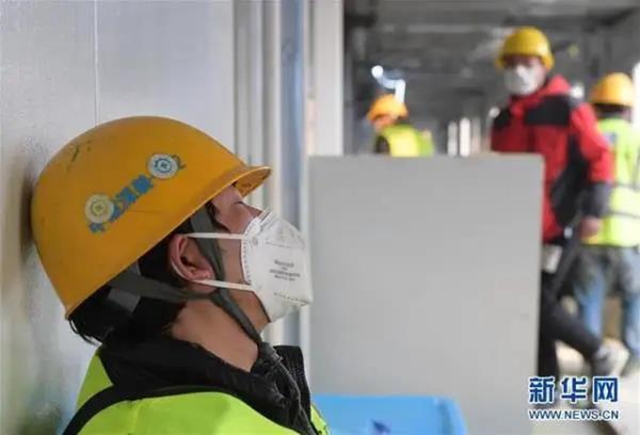 In fact, Matt Raw never planned to be on it originally.

Initially, the UK government had said the flight was reserved for British nationals. That meant Mr Raw faced the prospect of leaving his wife, a Chinese citizen, behind. As a result, they decided to stay put.

Mr Raw said he even left his tools by the front door because he was going to help build hospitals in Wuhan the next day. 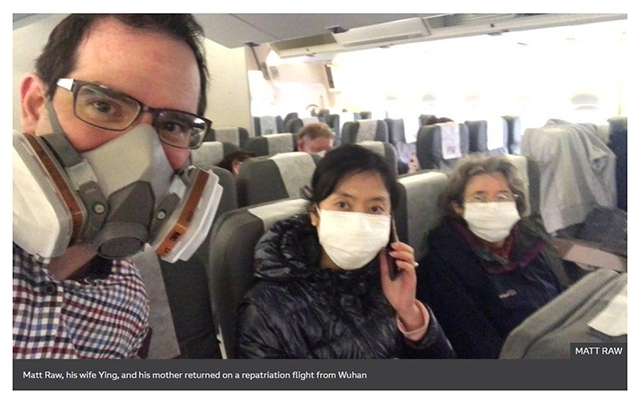 However, a few hours before the flight was due to depart, the UK government announced family members with Chinese passports were welcome to join their spouses.

Mr Raw says he got the news at 04:00 and they quickly "threw some things in a suitcase" and headed for the airport.

But he says he now wishes he had "never got on that flight". "They lied to us," he says of the UK authorities. "We're being told to get out of Wuhan, 'come back to England, you'll be safe here'.

"We would have been safer and much more freer if we stayed in China.

"They tackled it short and sharp and locked down the cities and it was the right thing to do." 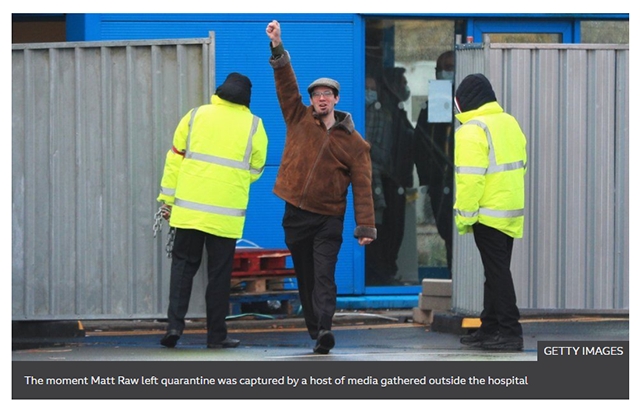 Mr Raw and his family set up a new home in Knutsford.

He says he almost immediately had to begin dealing with abuse online from people who believed the first repatriation flights were responsible for the presence of Covid-19 in the UK.

That abuse, he says, continues to this day.

"It is heartbreaking that people actually think that...We have done everything we possibly can - we've had one outing this year."

He adds that he still regrets the decision to board the plane.

"In Wuhan, it would have been uncomfortable in our small apartment for two or three months, but then they got rid of the virus and life has returned to normal," he says.

"I wish I'd stayed in bed and gone to help build that hospital.

"Here, we have my little house and my little fish pond in the Cheshire countryside, but we're trapped here.

"It's still our prison."