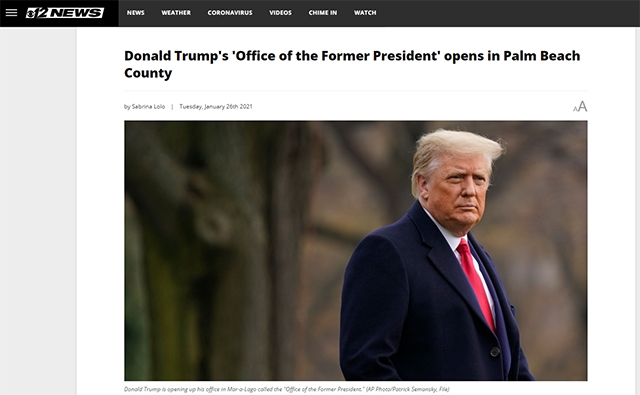 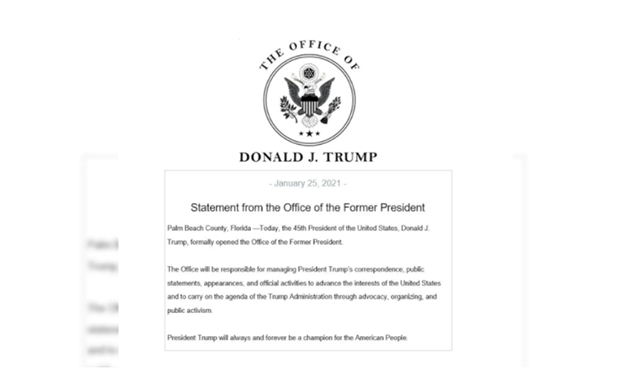 According to a news release, the office will be managing the former president's correspondence, public statements, appearances, along with "official activities to advance the interests of the United States and to carry on the agenda of the Trump Administration through advocacy, organizing, and public activism."

"President Trump will always and forever be a champion for the American People," the statement read. 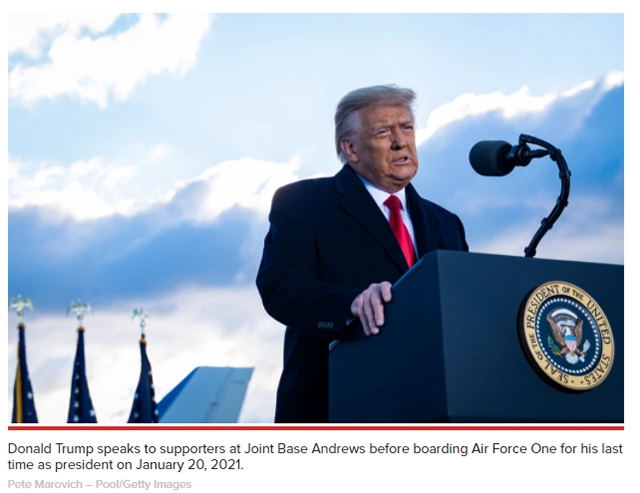 Since becoming an ex-president, Trump has kept a low profile. His relative silence could also be due to another factor: He was stripped of many of his social-media accounts in the wake of the riot by his supporters at the US Capitol on January 6.

Last Friday, Trump said he will make a comeback in some form, but did not specify how.

“We’ll do something, but not just yet,” Trump told journalist Rob Crilly of the Washington Examiner.

Many former presidents have post-presidency offices, such as George W. Bush, Barack Obama and Bill Clinton. The title of the office could fuel speculation that Trump may not run for president again in 2024, something he and his advisers have not definitively weighed in on.

The announcement of Trump's new office came on the same day the Senate received an article of impeachment from the House of Representatives, which charged Trump with inciting the crowd that went on to storm the Capitol.

The House impeached Trump for the second time on January 13. His trial in the Senate is set to begin on February 9.