Britain's Queen Elizabeth joined members of the royal family and other dignitaries at a memorial service in honour of her husband Prince Philip on Tuesday, her first public appearance in five months. 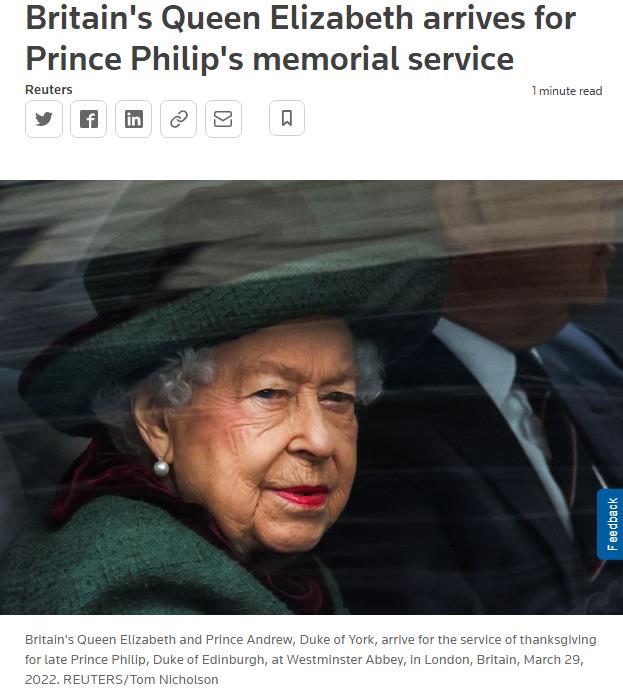 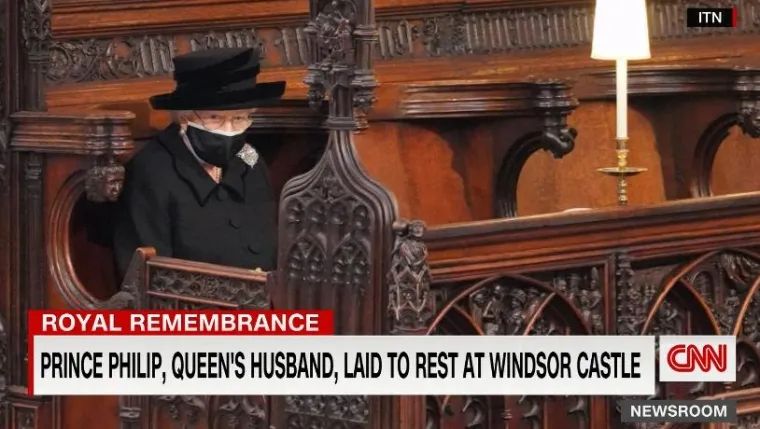 Philip, the Duke of Edinburgh, who was by his wife's side for more than seven decades, passed away at their Windsor Castle home in April, two months shy of his 100th birthday. Only 30 mourners were able to attend his funeral service then due to strict coronavirus rules, which meant the queen poignantly sat alone as her husband of 73 years was lowered into the Royal Vault of St George's Chapel of the castle.

Tuesday's service was a much bigger event, with the queen joining her heir, Prince Charles, his son William and wife Kate and other members of the royal family, including their children. Buckingham Palace said the 95-year-old queen had been actively involved in its planning. 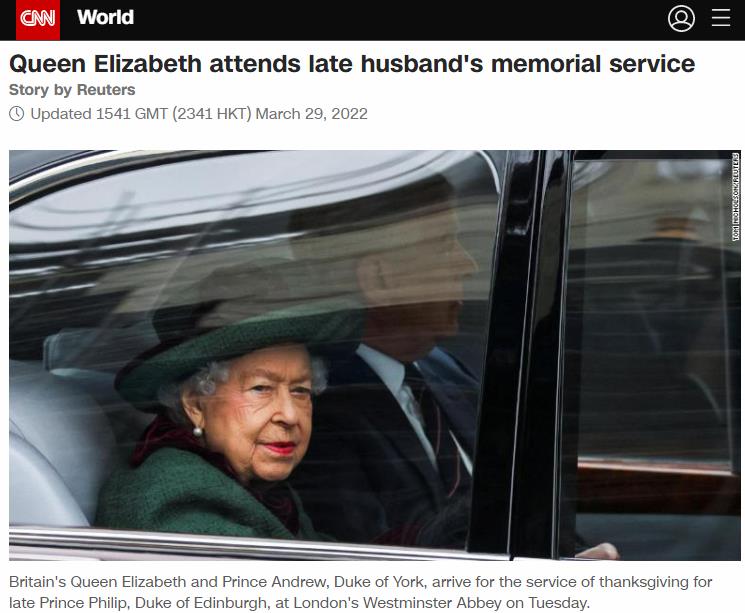 The occasion also marked the first public event for her second son Prince Andrew since he made an undisclosed payment to settle a US lawsuit over allegations he sexually assaulted a teenage girl decades ago, claims he denied.

There had been doubts she would attend, and she only made the final decision in the hours before the service.The Queen has had mobility problems and had to pull out of the Commonwealth Service earlier this month. She also tested positive for Covid in February. 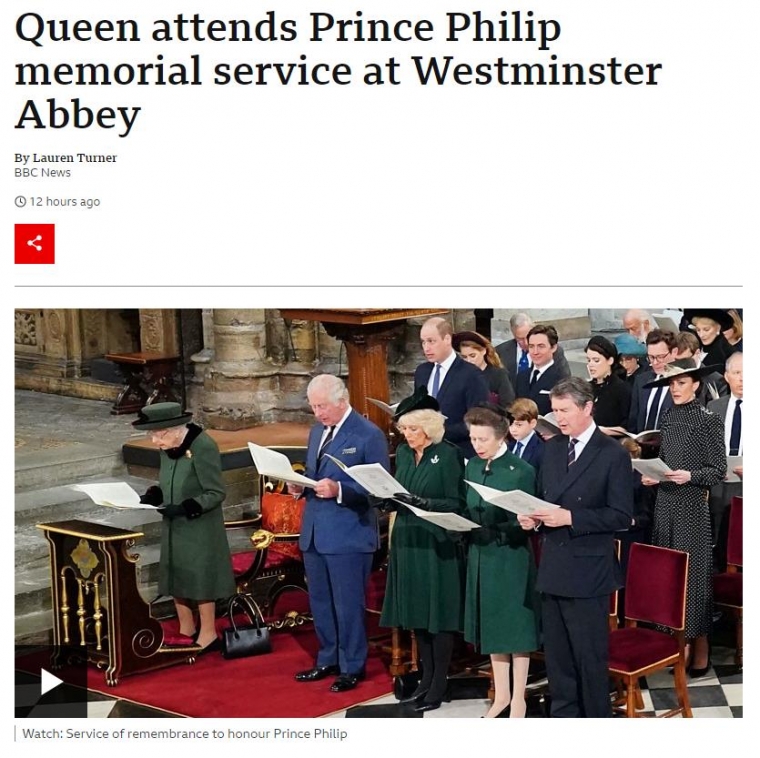 Special measures were put in place for her comfort, including keeping the length of the service to 45 minutes. Unlike the funeral in Windsor last April, where the Queen was poignantly pictured sitting alone, she had close family members in all the seats around her. The Queen and Prince Philip's two elder children, Prince Charles and Princess Anne, were sitting in the same row as her.

But Prince Harry, who has been in a legal dispute over the provision of security, did not travel from California, where he lives.

The flowers on display at the memorial service included orchids, a reference to the orchids in the Queen's wedding bouquet. She and Prince Philip were married in 1947 at Westminster Abbey.