The annual service at Westminster Abbey marking Commonwealth Day has taken place without the Queen. 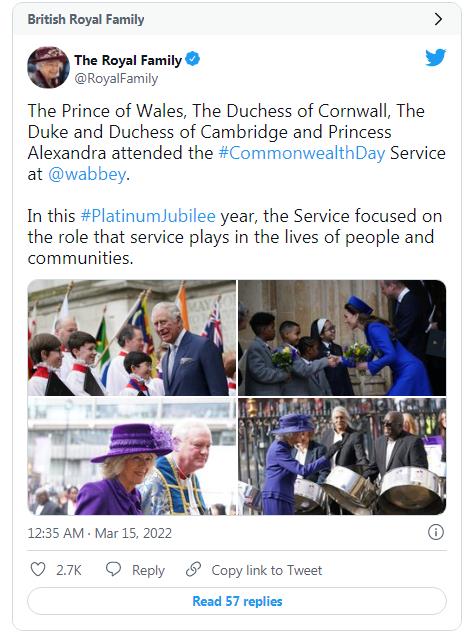 The decision for her to pull out of the event was not believed to be related to any illness, but was made following discussions about the comfort of getting the 95-year-old monarch from her Windsor Castle home to the service in London and back.

The service would have been the Queen's first major public appearance since reaching her Platinum Jubilee milestone in February. She last missed the service nine years ago, in 2013, while recovering from gastroenteritis. 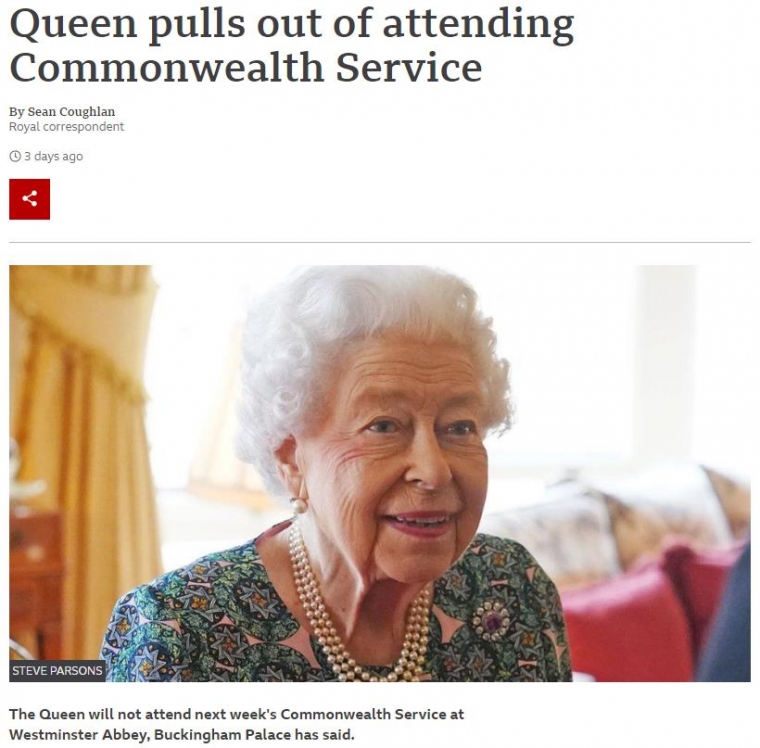 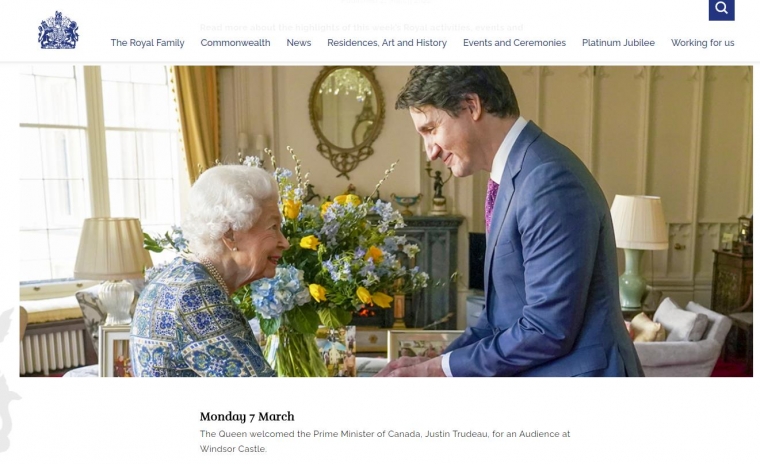 And she recently told two senior military officers during a Windsor reception "well, as you can see, I can't move" when asked how she was, suggesting a mobility issue.

It was claimed yesterday that she has not been able to walk her dogs at Windsor for the last six months, although sources stressed she has been out on the estate. And The Mail on Sunday revealed courtiers were sufficiently concerned to be discussing whether she would be mobile enough to attend Philip's memorial. This will inevitably call into question how much the Queen will be able to take part in June's celebrations to mark her Platinum Jubilee.

The Queen's diary is “under review” . Senior royal aides – as well as the Queen herself – are understood to have accepted that the “frailties that come with living a long life” are finally catching up with her.

A source told the Daily Mail: “The Queen is still as alert, able and interested as ever but, physically, she isn't as strong as she once was, which is entirely understandable for a woman of her age.”