Valentina Orellana-Peralta, a 14-year-old girl who was in a California department store dressing room with her mother was killed Thursday when police fired at a man suspected of attacking a woman in the store, authorities said. 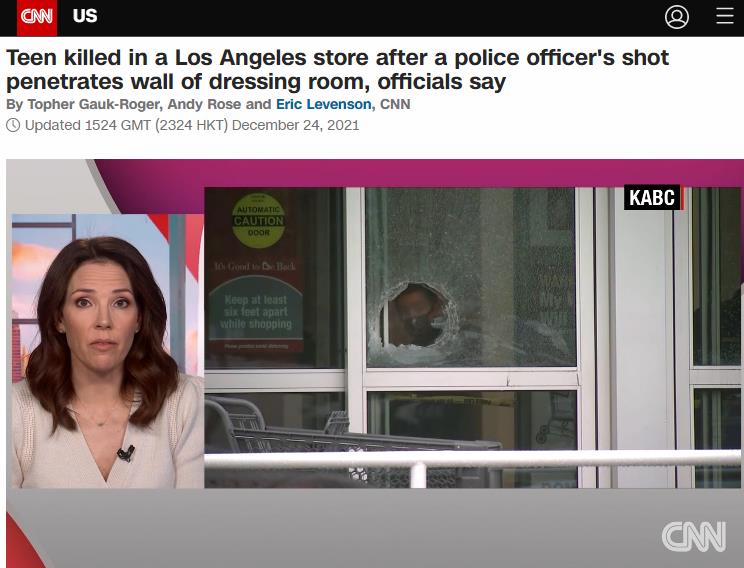 The man suspected in the attack was also shot and killed by police, Los Angeles Police Department Assistant Chief Dominic Choi said. A steel or metal cable lock was found near the man, and investigators believe it was involved in the assault on the woman, he said. No firearm was recovered from the scene. One of the shots penetrated a wall and struck the girl.

An officer can be heard on the body camera footage firing three bullets toward the suspect, who later falls to the ground. Video shows the officer firing a rifle at the suspect. 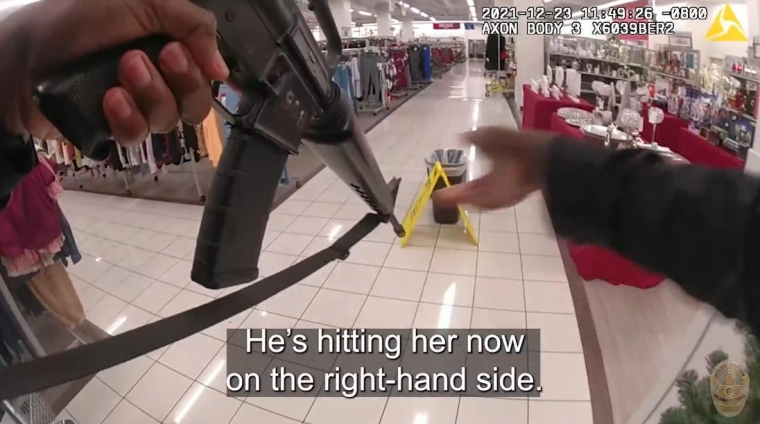 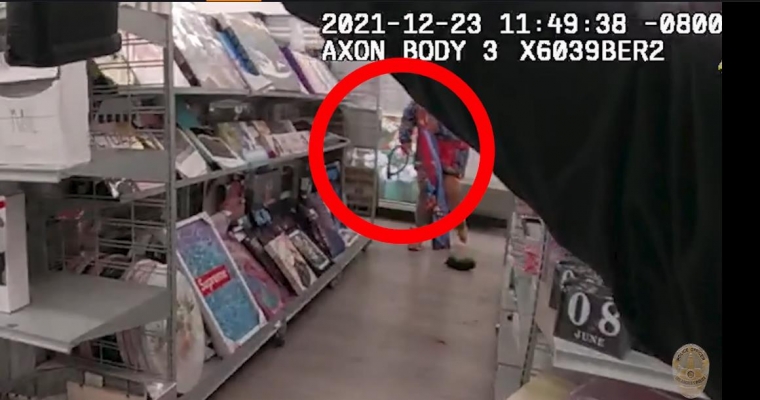 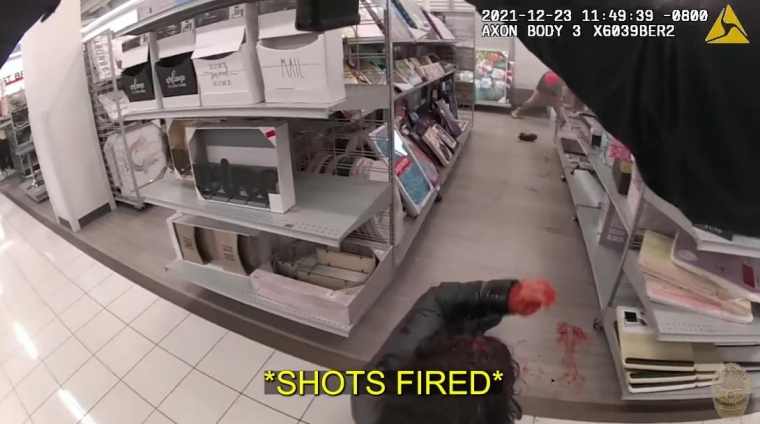 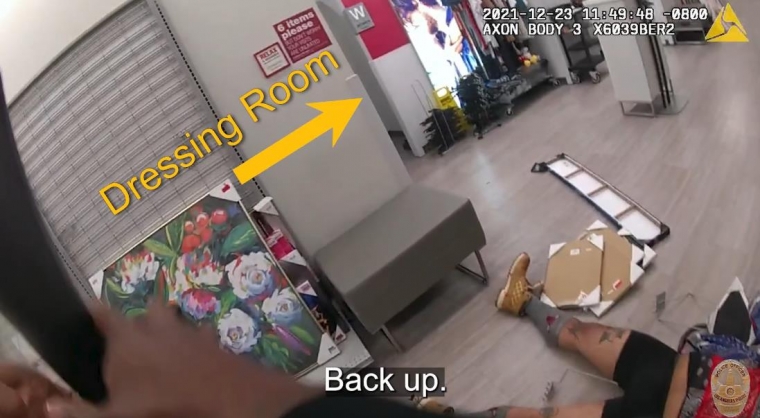 Valentina was killed by a gunshot wound to the chest, coroner records show.

Valentina came to the United States from Chile with her mother and sister about six months ago. Her father remained in Chile, but had planned a trip to California for the holidays. He had hoped to take his daughter to a Los Angeles Lakers game. Valentina had excelled in her new high school despite her short time in the country, relatives said.

The parents of a girl killed in a clothing store dressing room by a Los Angeles police officer's stray bullet last week called for justice on Tuesday, the day after police released video showing the chaotic moments leading to the fatal shooting.

In tears, Valentina's mother, Soledad Peralta, described taking cover after hearing screams while shopping for a Christmas dress for the girl." She died in my arms," her mother said. "I couldn't do anything.”

Juan Pablo Orellana Larenas, who flew to flew to Los Angeles from their native Chile, told reporters Tuesday that his daughter had once assured him the US was "the safest country in the world." 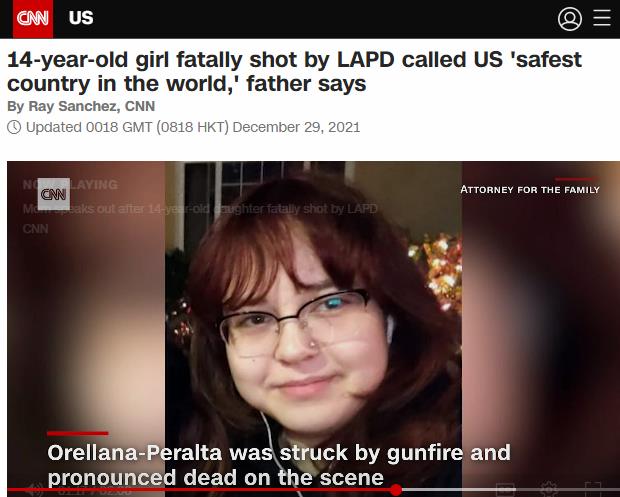 "I have no words to describe what I'm going through, especially during this holiday season," Valentina's father said. "I cannot sleep... All she wanted was to become a American citizen. I once told her, let's leave this country. 'No, papa,' she said. "This is the safest country in the world, a country of opportunity.' Now my daughter is dead at the hands of the state."

Police Capt. Stacy Spell said the investigation in its early stages. The incident will also be reviewed by representatives from the California Department of Justice, the state Attorney General's Office and the Office of the Inspector General, according to Spell.

The officer who fired the fatal shots is on "paid administrative leave, per department protocols for officer involved shootings, for at least two weeks," a police official told CNN. 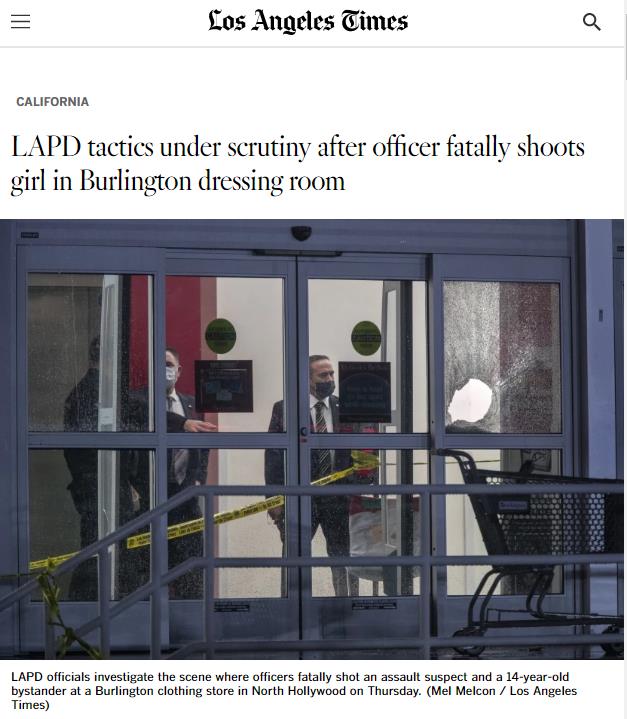 Critics say they’ve heard the same before, and that it never changes the fact that LAPD officers are empowered to pull out their guns too quickly and fire them too freely — especially when they are confronting suspects who do not have guns of their own or who appear mentally ill or intoxicated.