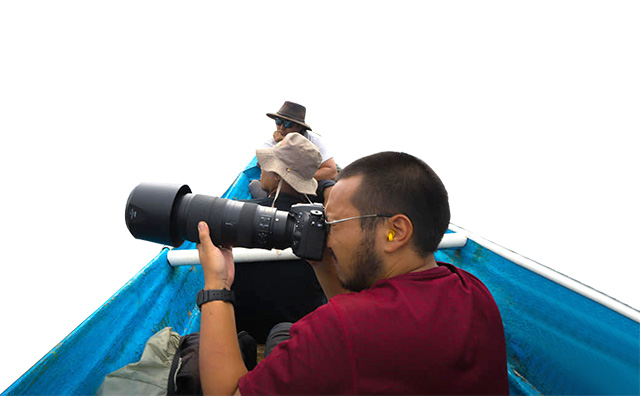 Birdwatching is a fun hobby for many people. Birders like to look at birds in the wild. They take photos and record the birds’ sounds to learn about their behavior (行为).

Now, birdwatching is getting more popular in China. According to Xinhua, there are more than 100 million birdwatchers across the country. Teenagers are a big part of it. TEENS interviewed Prayitno Goenarto, 31, an experienced birdwatcher, conservationist (环境保护主义者) and wildlife photographer (摄影师) from Indonesia (印度尼西亚).

When Prayitno Goenarto was a college student, he got sick for a while. His doctor advised him to go outdoors more often. He then decided to take photos of birds.

Once, he took a photo of a small black, olive (橄榄色) and yellow songbird. Knowing little about birds, he labeled it as a sparrow (麻雀) online. Soon, someone corrected (纠正) him. The bird was actually a finch (雀科鸣鸟). This “momentary (短暂的) embarrassing incident (事件)” led Goenarto to check out a field guide. That sparked (激发) his lifelong interest in birdwatching and photography.

“Birdwatching has helped me in ways beyond what I could imagine (想象),” Goenarto told TEENS. His life slows down. He makes new friends. He also encounters (遇见) bird species (物种) he didn’t know about.

“It is difficult to describe such feelings. Especially if you have placed a lot of effort into finding the bird – learning the bird’s song, habitat, ecology (生态), and reviewing sightings (回顾目击情况),” he said. “I feel my heart race, my eyes widen and almost automatically (自动地) start to smile. Sometimes I do a fist pump when there aren’t people around.”

One of the highlights of his career, according to Goenarto, was a field trip to Boano, a faraway island in Indonesia. He and his coworkers went to search and map sightings of a critically endangered bird species, the Boano Monarch. The journey was hard. It rained every afternoon with heavy downpours. They were cold and wet for nearly the entire trip. However, they were able to find many new locations (地点) for the species. “Each day was as thrilling (令人激动的) as the next as almost all the birds I encountered were new to me,” he said.

Besides watching, Goenarto also takes photos and records sounds on field trips. Back at his office, he analyzes (分析) and compares them with past data (数据) to see if there are any trends (趋势).

Such photos of birds or other animals can also help raise awareness (意识) to protect animals. “Wildlife photography can capture spectacular (壮观的) moments in nature,” Goenarto said. “They inspire people to learn more about what is out there and why it’s worth saving.” 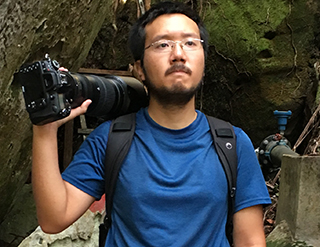 How to get the perfect shot?

Taking photos is a big part of birdwatching and other wildlife exploration (探索). However, perfect shots are rare (罕见的). After all, we cannot direct animals how to behave, said Goenarto. Here are some of his tips:

l Frame your subject (拍摄对象) by repositioning (变换位置) yourself to make the background clean. For example, you can change angles (角度) so that fewer leaves or branches obscure (遮挡) the subject.

l Remember that the subject’s wellbeing is most important. Don’t bait animals through food or remove the branches that protect birds’ nests.