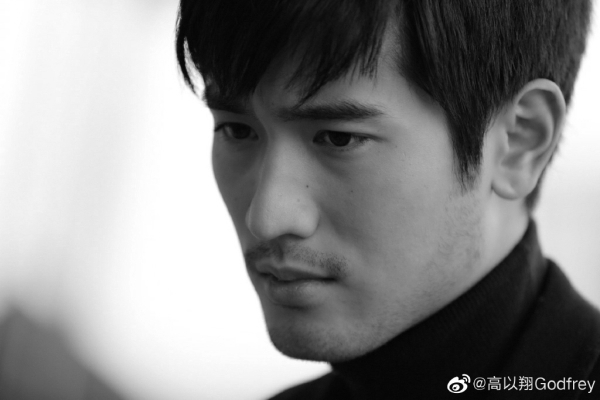 Chinese-Canadian model and actor Godfrey Tsao died after he collapsed while filming a Chinese variety series in Zhejiang province. The 35-year-old Tsao first caught the public's eye as a fashion model. He became popular in 2016 when he starred in Remembering Lichuan, a television adaptation of a romance novel.

According to reports, he had been filming Chase Me — a night-time variety series by Zhejiang Television which focuses on physical tasks for its contestants. He reportedly collapsed at around 2am on Wednesday morning (Nov 27), midway through filming. Other celebrities on the set included actor William Chan and boy band Fahrenheit member Calvin Chen.

His agency, JetStar Entertainment, confirmed this on Weibo. He was reportedly rushed to a hospital, where he died after nearly three hours, according to JetStar's statement.

"We are shocked and saddened," JetStar said, adding that representatives were "always directly by his side," as his family rushed to join him. 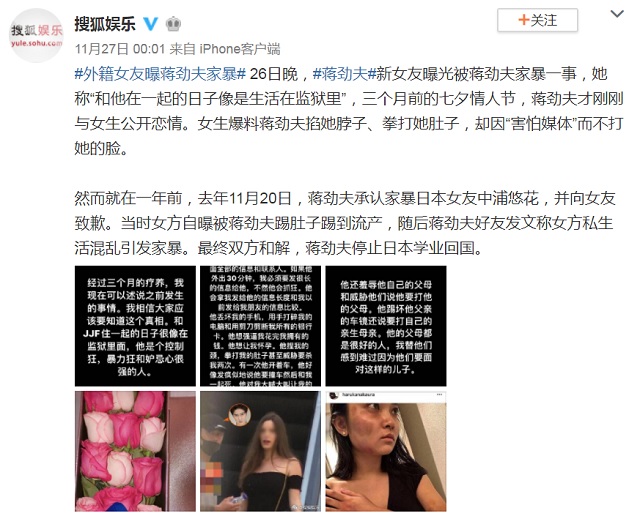 A Chinese actor accused of abusing his foreign girlfriend has drawn harsh criticism online. This follow a similar outcry over a Chinese beauty blogger who endured domestic violence at the hands of an ex-boyfriend.

Jiang Jinfu, a well-known actor with a prior abuse record, was exposed for allegedly abusing his Uruguayan girlfriend, Julieta, who shared her experiences on her Instagram account on Nov. 26..

"He is a control freak, very violent and extremely jealous," said Julieta, noting that Jiang had physically abused her and twice threatened to kill her.

She described her relationship with Jiang as dark, and compared the experience to living in a prison.

"We have been together for less than 2 months, but the pressure has seriously affected my health. If there is any woman who has the same experience as me, please bravely leave," she said.

Jiang's lawyer issued a statement where he refuted the abuse allegations and urged Julieta to delete her posts and apologize.

Julieta then posted a photo on her Instagram page of a bruise on her arm, explaining it was one of several on her body that was a result of Jiang squeezing and beating her. 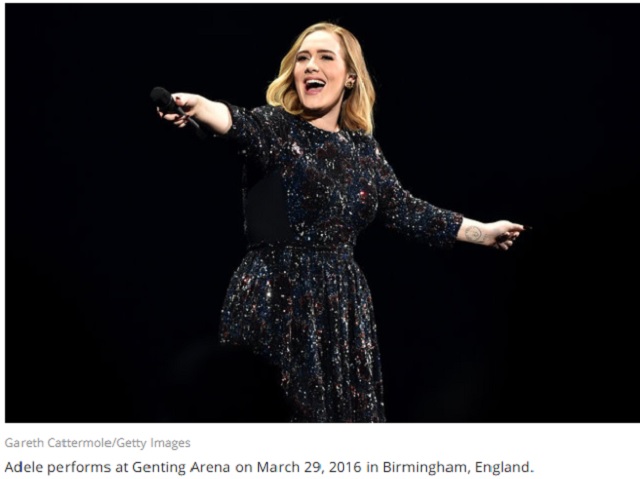 The decade is quickly coming to a close. To celebrate the music and musicians of this period, Billboard 200 recently released the top songs, albums and artists of the 2010s. Adele’s 2011 album, 21, was ranked the top album for the 2010 Decade-End Charts. Not only did it top the chart for 24 weeks, but it also included three Hot 100 No 1 singles of the decade. These hit songs were Rolling in the Deep at No 10, Someone Like You at No 38 and Hello at No 52. Rick Rubin, the US record producer who worked with Adele on 21, said, “Besides her once-in-a-lifetime voice, Adele has a pure songwriting gift.” If Adele keeps writing music, we have a lot to look forward to in the coming decade.