The Prince of Wales will take the latest significant step in his journey towards becoming king later this month when a key part of his household merges with Buckingham Palace.

The Prince's 10-man communications team, which is responsible for his public image, will move from Clarence House to the Palace, where one of the Prince's most senior courtiers is expected to take charge of publicity for all members of the Royal family.

It will be the first time in a generation that all of the Royal family's image-makers will work from the same office, and will give the Prince significantly more power than he has now.

It is also the clearest indication to date that the Queen and the Duke of Edinburgh are preparing to hand over an ever-increasing amount of their workload to the younger generations. 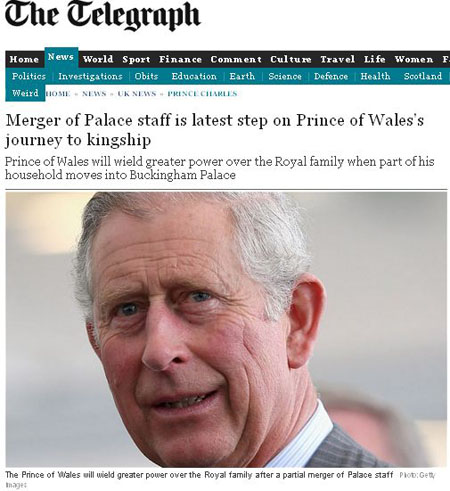