A member of the U.S. Navy and personal valet to U.S. President Donald Trump has tested positive for the coronavirus, the White House confirmed Thursday.

White House deputy press secretary Hogan Gidley said Trump and Vice President Mike Pence have since tested for the coronavirus and their results were both negative. The pair, the statement added, "remain in great health."

CNN reported the news, saying that Trump was upset when learning about it Wednesday, and that the personal valet, not identified, exhibited symptoms Wednesday morning. 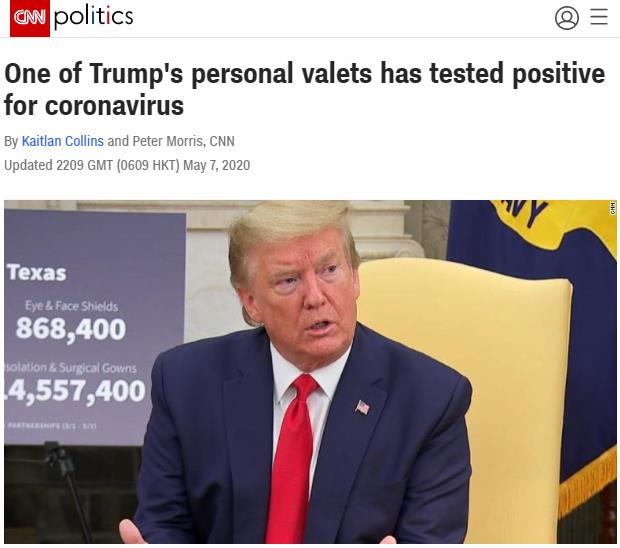 Valets assist the President and first family with a variety of personal tasks. They are responsible for the President's food and beverage not only in the West Wing but also travel with him when he's on the road or out of the country.

Trump, Vice President Mike Pence and the senior staffers who regularly interact with them have been getting tested weekly for coronavirus.

Later on Thursday, Trump told reporters he would be tested daily, saying there were "a number of days missed" between when the valet was last tested and when the valet discovered he had coronavirus. The President also said he'd had "very little personal contact". He described the situation as "a little bit strange." 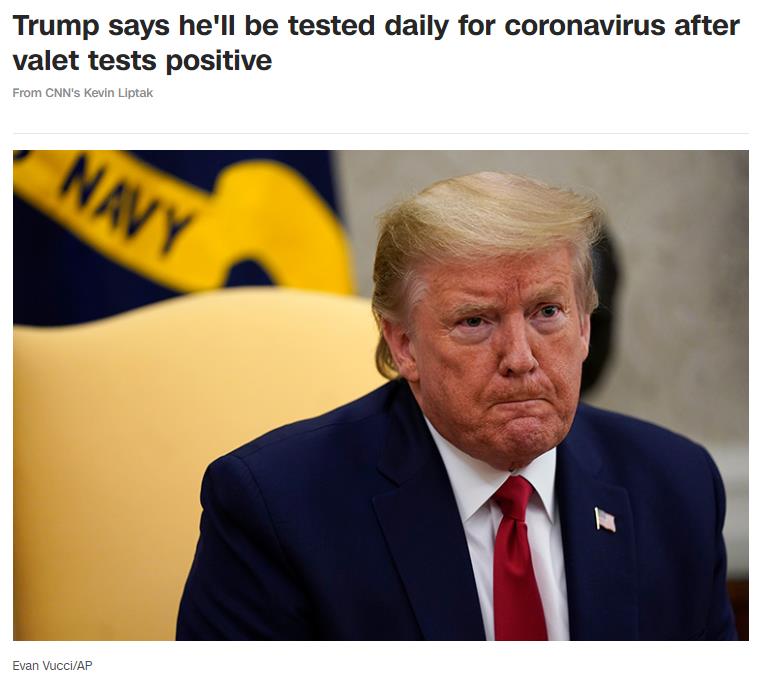