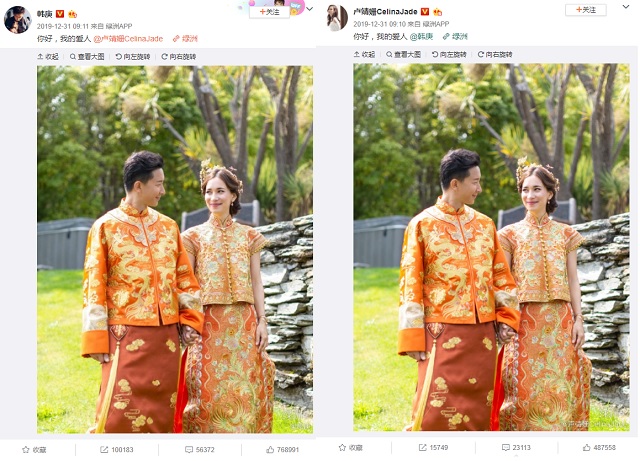 
A fresh year equals a fresh start for the newly-married Han Geng and Celina Jade. The couple tied the knot on Dec 31, less than two years since they've gone public with their relationship status. It wasn't until a few days ago when sources confirmed the date and venue of their New Zealand wedding.

The wedding festivities started on Dec 30 as the couple held a welcome party attended by family and close friends. The next day, they announced the wedding on their individual Weibo accounts, each writing, "Hello, my love," and tagging each other with a photo together in tangerine-colored traditional Chinese wedding garb.

A short video montage of the wedding shows a glimpse of the tea ceremony. After Jade offered tea to Han Geng's parents, the solemn ceremony suddenly broke into laughter when Han Geng humorously imitated his father-in-law, American actor Roy Horan, as he offered the tea to him. 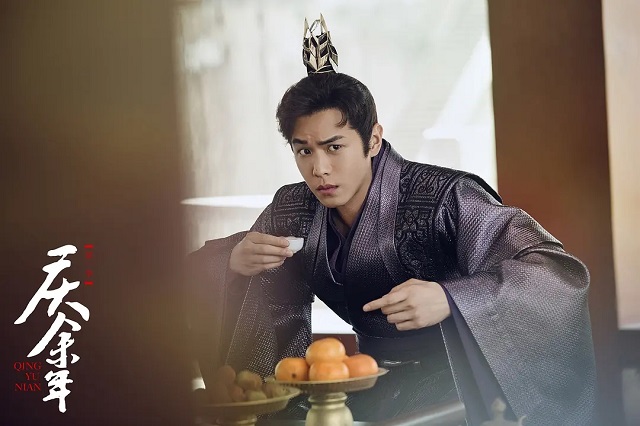 
Chinese actor Zhang Ruoyun, 31, is no stranger to the world of acting. Although he took on his first role 15 years ago, people have only recently taken notice of his excellent acting skills. His latest role is the main character of the popular TV series, Joy of Life. Zhang’s character lives in ancient times, but has modern thoughts and views. This dilemma causes some situational problems.

Although Zhang is very good at acting, he isn’t just a one-trick pony. He is also interested in cooking and extreme sports. What is most impressive, though, is his English. In 2019, Zhang went on the dubbing show, The Sound. His pronunciation skills shocked and impressed audiences. Through his many hobbies, Zhang has shown that it is important to keep pushing yourself to be the best you can be and to always try new things. 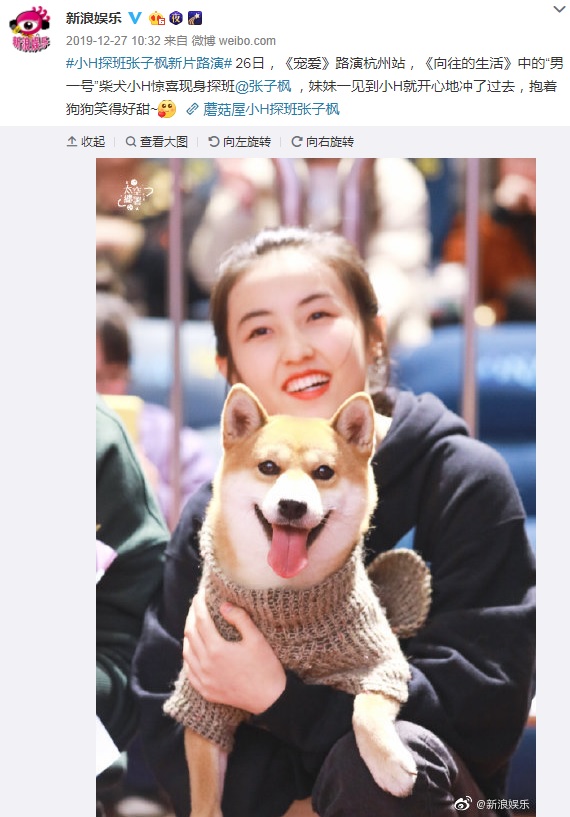 Thanks to her natural talent, Chinese actress, Zhang Zifeng, came to fame at a very young age. In the film Aftershock, an emotional 8-year-old Zhang can be seen standing in the middle of ruins, viewing the aftermath of an earthquake. Complimenting Zhang’s acting skills, the director of Aftershock told 163 Entertainment: “Her eyes are full of drama ... Her realistic acting is touching.”

Zhang also stars in the new movie Adoring, which came to theaters on Dec 31. To promote the movie, Zhang went on a road show in Hangzhou and was pleasantly surprised when she came face to face with a new, furry friend. It was none other than Little H, the Shiba Inu mascot for hit TV show Back to Field! Adoring explores six stories showing different forms of love, with an important pet starring in each one.