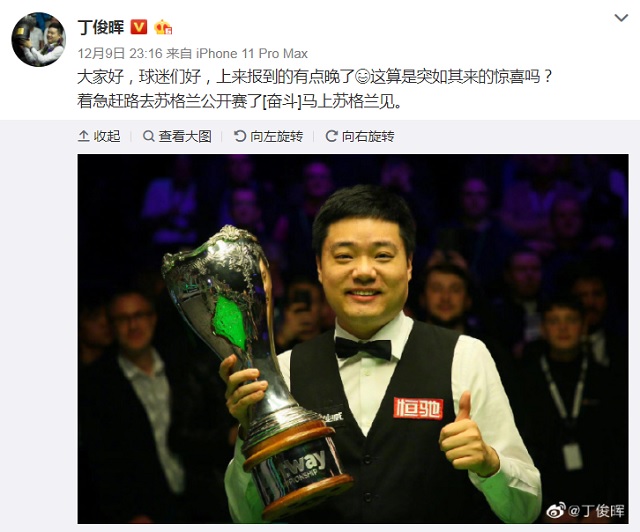 China’s top snooker player, Ding Junhui, has won the UK Snooker Championship for a third time. At the 2019 UK Championship on Dec 9, Ding stole the show, beating opponent Stephen Maguire in an incredible 10-6 victory. This triumph marks Ding’s first ranking event title in more than two years and it got him a spot in January’s 2020 Masters tournament. He earned 200,000 British pounds (1.85 million yuan) in this game and now ranks ninth in the world. Commenting on the win, Ding said, "I have had to wait a long time to lift a trophy again, and this is a big one."

卡妹访谈大赞男友萌德
Cabello gushes over her guy 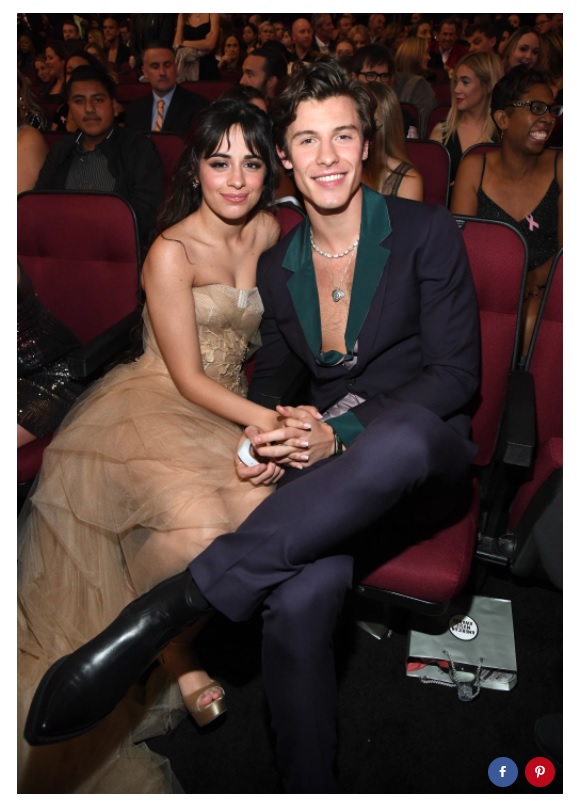 Camila Cabello can't stop gushing about Shawn Mendes! In a recent interview with Zane Lowe on Apple Music's Beats 1 podcast, the 22-year-old singer revealed one of her favorite qualities about her 21-year-old beau. "I think that he has a very kind of pure, free energy," she said. "I feel like he feels this need to kind of lift the weight of whatever is hurting him in order for him to be free. And I think that that's really beautiful. That's a trait that I've adopted is like, whenever I feel like there's a weird energy between me and somebody or if my heart is hurting for some reason."

It's that exact quality that makes Shawn "the most transparent, honest person" she's ever met. "I think it's because of this purity that he has that I don't think that he can lie or fake because it hurts his heart," Camila explained. "He's just a very pure person and I think he's constantly kind of lifting those weights off of him because he can't live like that and I love that about him."

Camila and Shawn officially began dating this past July, though they've been friends for years.

盆栽哥发新单
Have a great ‘Weeknd’ 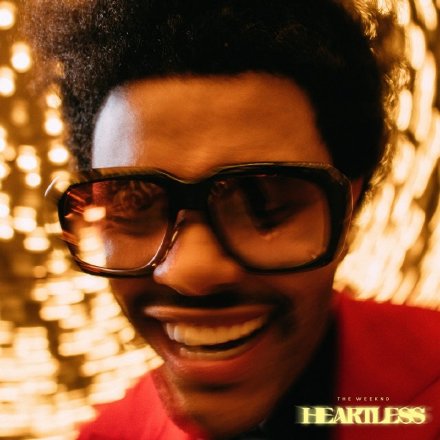 Canadian singer The Weeknd has returned with a brand new single for fans to enjoy.

Titled Heartless, the new hit was released fresh off the three-year anniversary of his album, Starboy. The 29-year-old singer commented that Heartless is the beginning of what he describes as a “psychotic, brain melting chapter”. The song explores deep feelings of indecisiveness.

Although the singer wants to be a “better man”, it’s too difficult for him to break away from old habits. It has also been reported that The Weeknd is preparing to release a song called Like Selena. Could he still be troubled over his exgirlfriend Selena Gomez? We will just have to wait and find out.