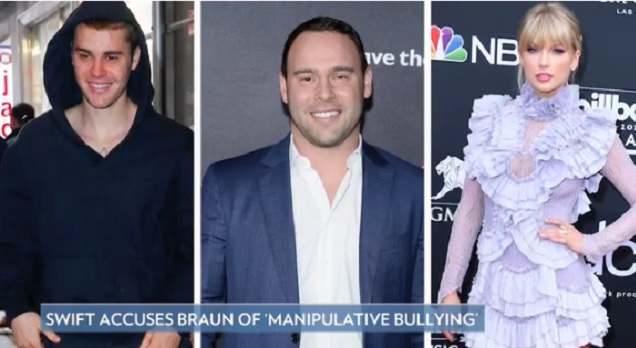 Taylor Swift says she was "grossed out" by talent manager Scooter Braun's acquisition of her music catalog. Swift made the statement in a Tumblr post after Braun's media holding company, Ithaca Holdings LLC, acquired the company that owned her catalog.

She signed with the group at the age of 15. "I walked away because I knew once I signed that contract, Scott Borchetta (founder of Big Machine Label Group) would sell the label, thereby selling me and my future," she wrote.

The pop superstar accused Braun of "manipulative bullying" and targeting her at various points in her career with the help of other celebrities.

She included a picture in the post of pop star Justin Bieber, Kanye West, and Braun. She wrote on the photo, "This is Scooter Braun bullying me on social media when I was at my lowest point[.] He's about to own all the music I've ever made."

Both Bieber and Kanye West are Braun's clients.

马上学：Gross out 表示“恶心，反胃”。例：That movie really grossed me out. I can't stand the sight of so much blood!（这部电影真的让我恶心死了。我忍受不了这么多血腥的场景。） 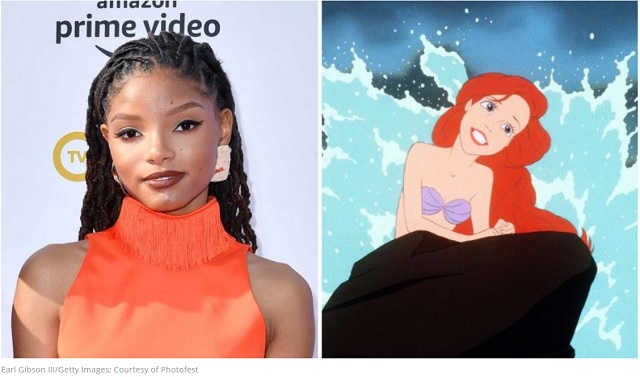 With news that Halle Bailey has nabbed the starring role in Disney's live-action remake of The Little Mermaid, many were left to wonder just who exactly the up-and-coming star is.

Though an "extensive search" was underway to find an actress to take on the coveted role of the Disney princess, director Rob Marshall says that apart from Bailey having a "glorious singing voice" she also "possesses that rare combination of spirit, heart, youth, innocence and substance" that are the "intrinsic qualities necessary to play this iconic role."

马上学：Nab表示“抓住，逮住”，例如：He nabbed the last chance to enroll into the university。（他抓住了进入大学的最后机会。）近义词还有nail, clutch, snatch。 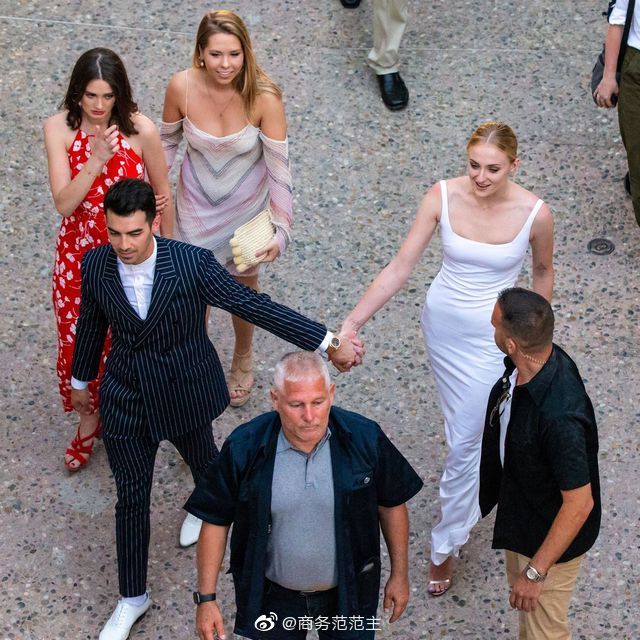 Joe Jonas and Sophie Turner have tied the knot again, this time in a romantic country.

The couple and their friends hung around Paris last month and hosted for festivities leading up to their second wedding last Saturday.

Jonas and Turner previously hinted that they planned for their wedding to take place in southern France.

Two months ago, they married in a surprise ceremony in Las Vegas to make it legal before their French celebrations. Turner, 23, is a British actress known as Sansa Stark in "Game of Thrones." Jonas, 29, sings for the pop rock band Jonas Brothers, which reunited earlier this year and scored a hit single with "Sucker." The couple began dating in November 2016, and Jonas proposed about a year later.